Back on the water after a long time ashore and in the workshop and doesn’t she look well?

Dull start to the day but it brightened up later.  4 boats per team completed two races in a fair breeze.  After the first race the teams were neck and neck on points but the winning boat (Bobolink – helmed by Ian Ralli) put Wallasey  into the lead.  The second race however produced a different story with the Anglesey team having 3 of the first 4 boats home, resulting in a clear 8 point win for the MSODs.  Thanks to Steph Stewart for the pictures. 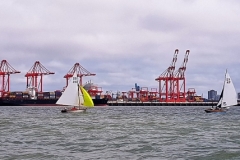 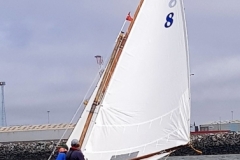 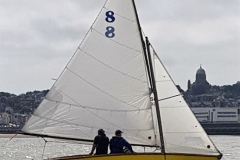 Warm and sunny.  34 boats in 6 classes took part.  Wallasey’s seabird fleet being the largest with 16 boats competing for the G P Wakeham Memorial Trophy which, after a long but enjoyable race, was won by Calloo.

A good day’s sailing despite the light airs – but enough wind to sail by.  Two races resulting in an overall win by South Caernarvonshire Yacht Club beating Wallasey by just 1 point, with Trearddur Bay Sailing Club finishing in 3rd place. 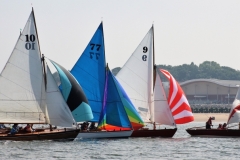 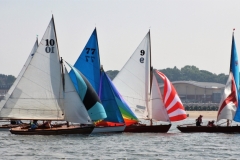 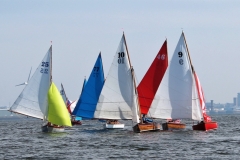 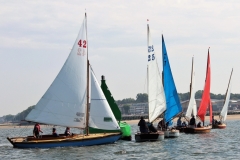 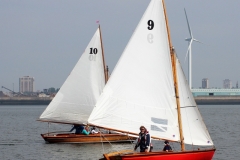 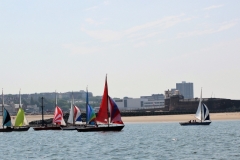 5 boats braved the cold southern waters of the Mersey to compete in the regatta.  The winning boat this year was Cormorant (No 9). Photos courtesy of Jason Smith.

12th May 2018. 4 boats on the water and in the race. 3 times around course 3 with cool NNW force 3-4 and some bright then hazy sun. Order after first mark; Cormorant, Kittiwake, Pochard, Terek. It seemed that there might be a bit of a tussle for second place but this remained the order all the way around to the finish. Thanks to Mark Cooper for the photos.